blog018: Thrive Where You Are

There is a difference between Educators and Trainers:
Perhaps you have been functioning as an Educator but your true calling is Trainer?
Here is one way to reclaim your true calling: Possibility Trainer Program.
Serving humanity as a Trainer is not an easy job. (For example, read my article: We Trainers Have Betrayed Our Clients.)

﻿<>
﻿
﻿
Hatching Trainers is a challenge. Initializing nonlinear leadership intelligence in a human being requires exposing them to ongoing transformational habitats that provide extremely diverse conditions, as opposed to the crushingly normalizing conditions such as in ordinary school.
If your calling is to serve others as some kind of Trainer, don’t be surprised when the universe provides you with extreme conditions to work in. The universe needs you to unfold into your entire repertoire of capacities to do the jobs that are already on your bench (even the jobs you are pretending are not there…) You need challenges with which to practice.
So even if your circumstances seem extreme, the circumstance are not an excuse for feeling victimized. They are an invitation to practice nonlinear creation. They are an invitation to thrive where you are, and to train others how to do the same.
Posted by Clinton Callahan at 8:45 AM No comments: 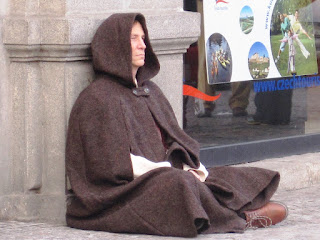 Not that it matters but Marion and I spent Christmas 2011 exploring the home town of my mother's ancestors: Prague. 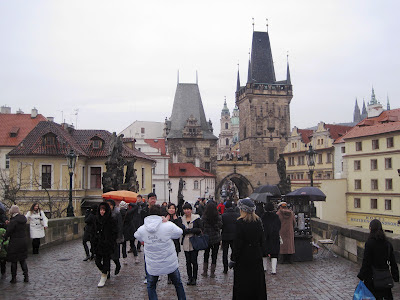 What is Vonocka? A slightly sweet braided yeast bread often made with split almonds and bits of candied fruit. 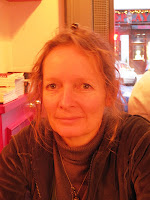 On Sunday of the PLab, after being with the 27 other participants for four days, it came to me as a four-body experience that there are already enough Possibility Managers on planet Earth creating and sustaining the radically responsible context of an archearchal culture that it is self sustaining. It can now carry itself. Further unfolding of archearchy will occur under its own momentum.

(More about archearchy, the culture that emerges after patriarchy, can be found in the book Directing The Power Of Conscious Feelings, also in German under the title Die Kraft des Bewussten Fühlens.)


The basis for next culture has grown solid enough that I can get off my personal lone-ranger campaign that I’ve been riding all my life and actually be received into a culture that understands and accepts and respects the stuff I came here to deliver. There is a global team at work (Portugal, Nederlands, Switzerland, China, USA, France). You are probably on that team.
Up to now I had been working through radical reliance on a message from a Chinese restaurant fortune cookie:


Be patient. Your proposals will be remembered.

Now my (im)patience is being replaced by a novel experience: belonging.


I can simply be a person in this archearchal culture, in relationship, doing my work. I no longer have to function as the reality-hacking edgework-revolutionary often regarded in groups as a dangerous problem.
In response to my Sunday afternoon realization the PLab participants performed an improvised nonverbal ritual of receiving me into archearchy.


The ritual began when I stepped into the center of the room, stretched out both my arms, closed my eyes, and waited. In seconds I was embraced wholly, without reservation, from feet to head, front, back, hands, face. I was warmly welcomed on all sides, and tears long restrained burst out with sobs of relief loud and long from deep within me. Man. It was wonderful. And it went on for a long time. Long enough for me to get it.
<> <> <> <>


Being welcomed inside of a culture after trekking in the wilderness for decades, sometimes lonely, sometimes lost, sometimes nearly hopeless, was quite close to unbelievable.
I had been on a seemingly endless self-appointed research expedition to formulate the language, distinctions, tools and processes at the core of archearchal culture. I was creating and documenting ways for others to cross bridges to get to sustainable adult culture too. For me to suddenly find that there are already enough people co-creating archearchy on a daily basis in their own lives in different places in the world, enough so that the culture won’t immediately vanish if I died, and to recognize the possibility of dropping my long-practiced survival ways of the outsider personality and to be welcomed in and received as one of the people in archearchy, this is quite an extraordinary and transformative experience. I highly recommend it. I am blown away, and very glad, and relieved, and excited about what comes next, and I thank everyone from the red pill of all four of my bodies for holding and navigating this process for me and for being part of the team. This was definitely one of my most important initiations. 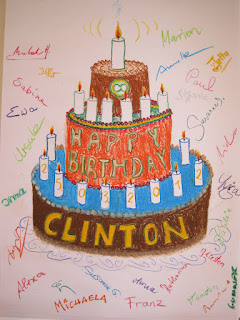 Sunday was also my 60th birthday. Just after the ritual of being received into next culture Marion took me by the hand and led everyone into a transformed dining room, the floor now carpeted with cushions, stirring music coming from a CD player, a table ablaze with 60 tea lights sitting within an infinity symbol created out of 28 cans of American Root Beer soda (which Marion had secretly collected) and five tubs of vanilla ice cream. I hadn't had this in over ten years. And there was enough that I could introduce everyone to personally experience the ambrosia that the gods of Gremlin food have named Root Beer Float!  I think you can believe me when I say this was the best birthday party I ever had in my life.
(The second best birthday was back in college when I was "kidnapped" by my friends and left naked in the middle of the night in a sleeping bag by a lake after being blindfolded and skinny dipping with and being kissed by one or more unknown women... but that's a story for another time.)

Posted by Clinton Callahan at 7:56 AM No comments: